A Feature Length Thriller
written by John B. Lowe 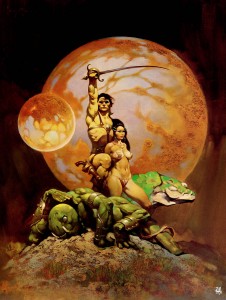 It’s 1979. Metal is heavy, Punk rocks into the mainstream and sex still seems like a safe recreational activity.

IAN has just finished high school and is working alongside his father at a slaughterhouse to save money for art school. He’s also dating the boss’s daughter.

The gory ugliness of Ian’s nightshift job is a stark contrast to the beauty of his voluptuous girlfriend and the sensual artistry of his fantasy Warrior graphic novel.

When Ian’s mother is brutally murdered and his father is arrested, Ian gets close to his girlfriend’s gorgeous, charming mother, BARBARA. Barbara introduces Ian to the world of professional artists and then seduces him into a sordid affair.

Ian’s girlfriend dumps him for another guy, so Ian seeks solace by joining a life-drawing class where he befriends a punky feminist named MARISA.

When Barbara gets jealous of Ian’s new friend, Ian tries to end their affair and their confrontation turns violent. Barbara has an emotional breakdown that exposes the affair and costs Ian his job. Barbara is locked up and Ian is free.

Ian drives his van across the country and completes his fantasy Warrior graphic novel on the road. He reunites with Marisa at an art school in the Rocky Mountains and they fall in love.

Barbara shows up naked in Ian’s dorm room. She seduces him again and after a final, angry, violent fuck, Ian sends her away. After she leaves, Ian learns that Barbara killed her husband and was probably his mother’s murderer too. 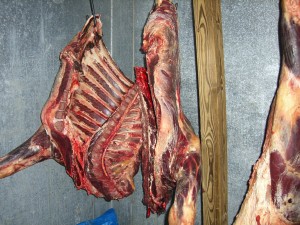 Barbara returns to the mountains with cold-blooded, jealous rage and Ian must fight for his life to survive the dragon lady and rescue his punk princess.