The jokes were funny & the music was good.
Interesting people did interesting things.
There was no Artsy-Fartsy bullshit.
(but a wee touch of the blarney)

The Common Sense SHAMROCK Cabaret was an evening of comedy and music  with a slight hint of an IRISH theme.

The show was a live variety show in two acts modelled after TV Variety shows of the 60s and 70s. The Common Sense Cabaret was an entertaining mix of sketch comedy and music with some improv and a few novelty acts thrown in.

The host was the old-school, has-been, local celebrity, Joseph Common, (played by John B. Lowe) Joseph was reluctantly supported by his extended family of entertainers.  The Macho Poo-Poo choir also performed. With video sketches from TIny Plastic Men. 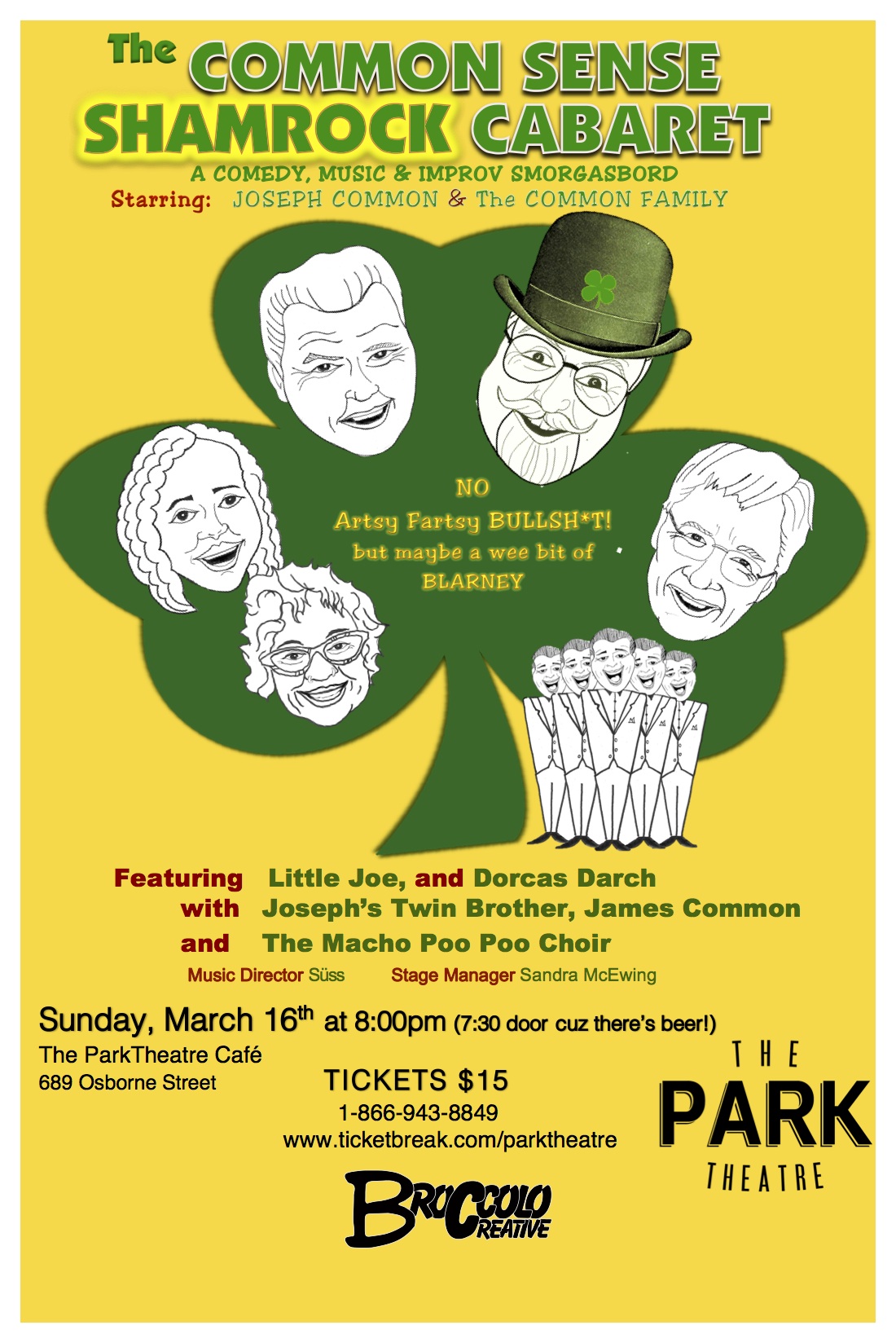 Also thanks to the Park Theatre for their hospitality,
especially Erick Casselman and Matt  Mayor