A COMEDY, MUSIC & IMPROV SMORGASBORD
with NO Artsy Fartsy BULLSH*T!
was on Sunday December 15, 2013 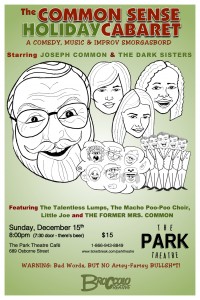 The Common Sense HOLIDAY Cabaret was an evening of comedy and music in the style of an old-school TV variety show redesigned for a modern, Winnipeg audience. 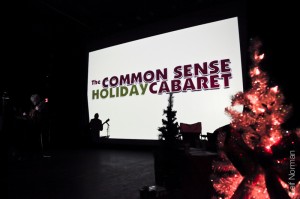