Broccolo Creative’s John B. Lowe plays Winston Churchill in the Royal Manitoba Theatre Centre and Mirvish coproduction of Peter Morgan’s celebrated play, THE AUDIENCE.  This production stars Fiona Reid as Queen Elizabeth and is currently playing at RMTC in Winnipeg until December 17th and will move to the Royal Alexandra theatre in Toronto in January and February, 2017. 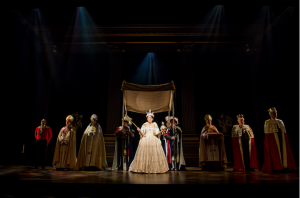 For over sixty years, Queen Elizabeth II has met with each Prime Minister in a private weekly meeting. This meeting is known as The Audience. No one knows what they discuss, not even their spouses. Canada’s very own television, screen and stage star, Fiona Reid will take the throne in this riveting new play by Peter Morgan, the writer of the Academy Award®-nominated film, The Queen.